You are finding new idea and innovations? It is the right time to expand your business and invest in Vietnam. Here below 7 reasons why Vietnam is one of the most attractive countries for investors all over the world

Reasons for investing in Vietnam

Vietnam’s  young and growing population provide cheap alternative and great skilled workforce. And it is and advantage while cost of labor has been increasing in China significantly. Although minimum wage rates increase yearly, Vietnam  labor cost is still quite low among Southeast Asia’s top emerging markets.

Vietnam has population of over 97 million people, ranked 15th largest in the world.  It is predicted that Vietnam’s population will reach 04 million by 2030. Steady population growth indicates a promising future for its labor force.

Labour cost of some Asian countries

It is shown that Vietnam is one of the fastest-growing economies in the world with an average growing rate of 6.46% (according to World Bank). This country is expected to become the 20th largest economy by the year 2050.

With this stable and prospering economy, there will be more industrial sectors appearing in Vietnam, and then you will have greater business opportunities.

Due to COVID 19, companies around the world are planning alter their supply chains to be less dependent on China by diversifying production lines. Vietnam is a good choice for manufacturer. Tech giants such as Apple, Google, Samsung and others have already been doing so.

Many companies have been convinced that Vietnam is a prime location for trading. Vietnam is in center of Southeast Asia, shares borders with China and have a long coastline. These will help you to set up business within and outside the country. 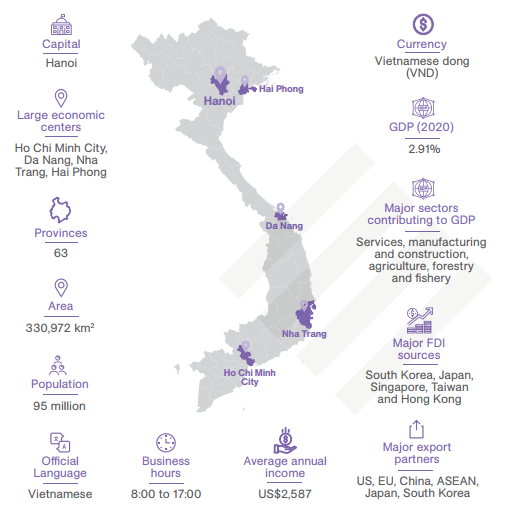 – Exemption from import duties on specific goods like raw materials

– Reduction or exemption from land rental or land use taxes

The incentives are even better for certain locations called manufacturing area. The investing processes are much easier due to improvement and attempt from Vietnam government. 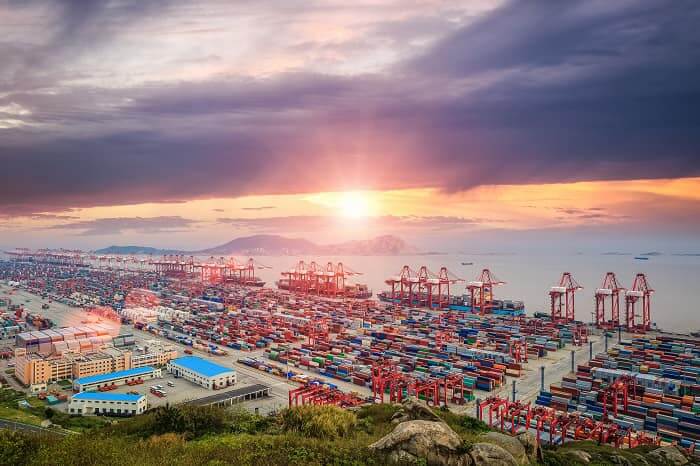 7. The development of Vietnam infrastructure

The infrastructure through country is improved constantly. Network of expressways, airports and seaport make transportation in Vietnam much easier.

– Expressway: Vietnam has expressway network that eases transportation between regions and even neighboring counties as Laos, Cambodia, China

– Seaports: with long coastline, Vietnam has many seaports: Haiphong, Danang, Cai Mep and Cat Lai (HCM). You will have many choice for sea freight here.

The above is some reason why you should spend money in Vietnam. However, you should be aware of some risk while bringing money to an emerging economy. Feel free to contact us, we will give you some advices with local experts.